Posted on November 13, 2017 by bradleymcewen 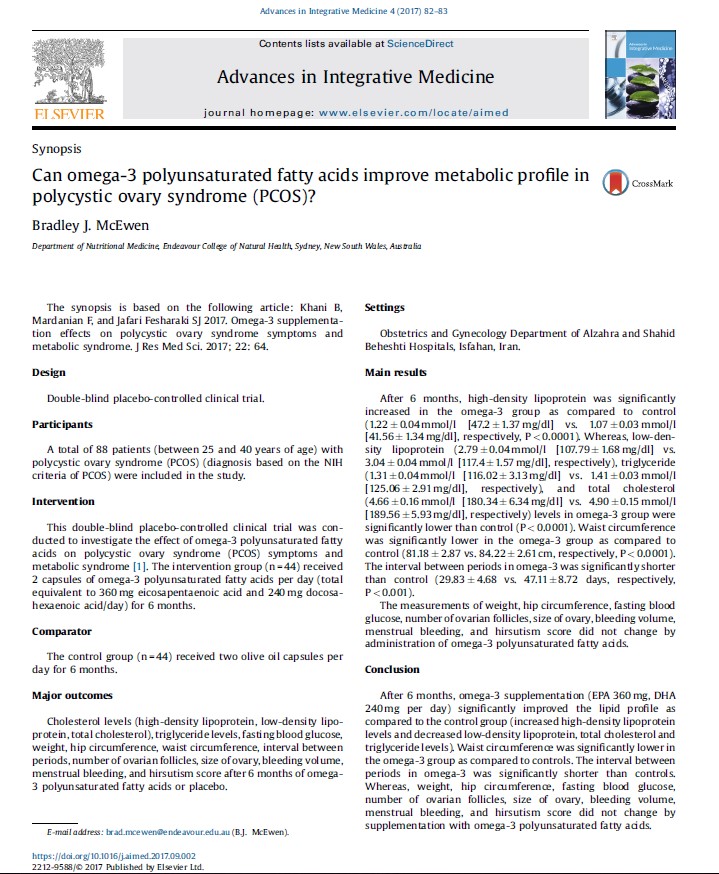 A total of 88 patients (between 25 and 40 years of age) with polycystic ovary syndrome (diagnosis based on the NIH criteria of PCOS) were included in the study.